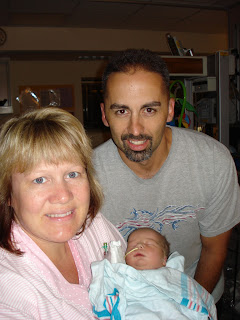 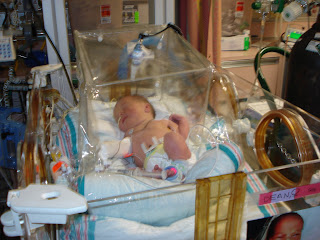 A small roller coaster today.
Suzie and JR were able to hold Lindsay this morning and shortly after that, Lindsay had to be tented. About 3pm they had to ventilate her. This is something that would have to have been done anyway before her surgery next week. So here are some updated pictures as our day progressed. Don and Sue (yes, Don rode two hours each way in a car to see his new granddaughter) brought the boys up this afternoon. I don't who was more excited to see who, but it was a great addition to the day. Suzie was officially released this afternoon and they were able to check in to the Ronald McDonald house. 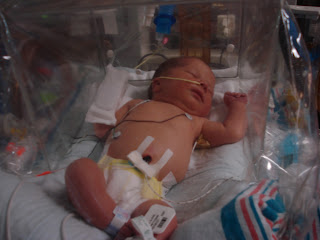 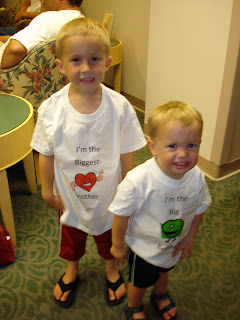 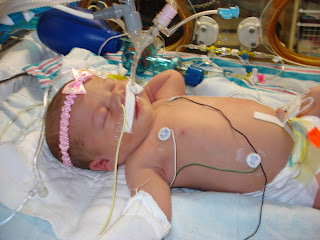 The boys wore their brother t-shirts to visit their little sister.

The hair bow is a nice addition.
Posted by Lindsay Dean at 11:40 PM

So cute, and I am glad the boys and your dad and Sue were all able to come up. Your family photo is great! Thanks for all the updated photos, we check them everyday at work, oh I mean when we aren't busy.
Take care

LOVE THE BOW!!! She is so precious!
It is so good to see the family photos and I know that was a very special moment for you.
Always praying...